Tanasha reveals how a guy she was into recently played her 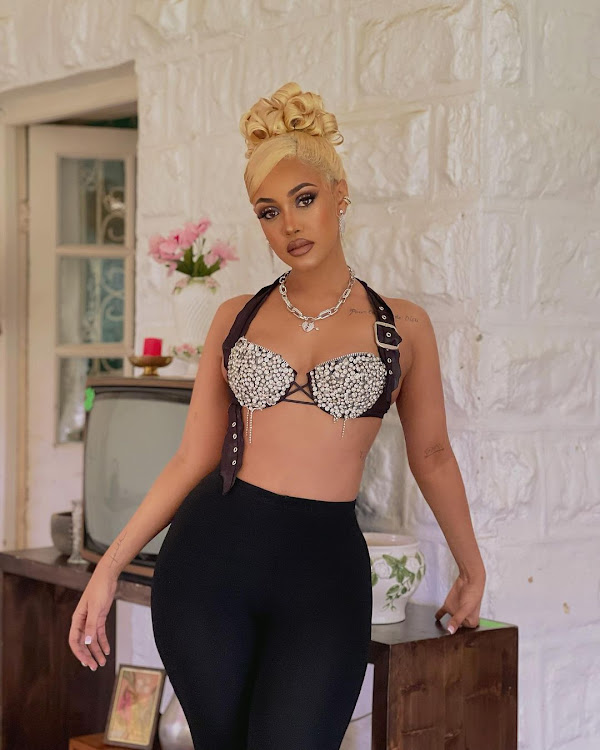 Tanasha Donna The rapper has revealed she got finessed by a man she was talking to
Image: Instagram

Kenyan musician Tanasha Donna just revealed that she recently got played by a guy she was vibing with.

Although they were still on the talking stage the single mother of one thought they were hitting things off smoothly.

Tanasha started by narrating how she thought the guy liked her as well but turns out the feelings might have been mutual as she wasn't the only girl the said guy had eyes for.

" I honestly thought he liked me too,"  the rapper said as she chuckled.

Tanasha went on to narrate how they met for a second date, had food and a good time and she actually thought it went on pretty well.

Adding that while she was traveling to Frankfurt for her scheduled show the guy was super supportive and from his vibe, she thought he is an actual gentleman.

She recalled how she'd even bragged to her friends about the said man.

" Then I had to go for my show in Germany and he even hit me up and he was like good luck with your show and he was super duper cute and I was like damn this guy is a real gentleman and I was even telling my friends he is too good to be true,"  The mother of one said in between smothered giggles.

She then went on to narrate how she found out through social media that the guy was actually taking her for a joy ride as he was not single as he had earlier claimed to be.

And for me I was like why do guys lie? Why do guys lie so much?" Tanasha said clearly still upset over the encounter.

She finished off by saying she was slightly hurt because just a few days ago the same guy was holding her hand.

" Good news I found out now, can you imagine if we continued vibing and I came to find out later, this guy would have played me? Thank you, God." Tanasha said as he laughed nervously.

She finished off by saying that she was conflicted on whether to confront the guy or just ghost him as he had tried messaging her still.

Poll: Why men chill in their cars before getting into the house

Diamond hints that cheating is reason behind being unmarried

Diamond admits he is a cheater
Entertainment
6 months ago
WATCH: For the latest videos on entertainment stories