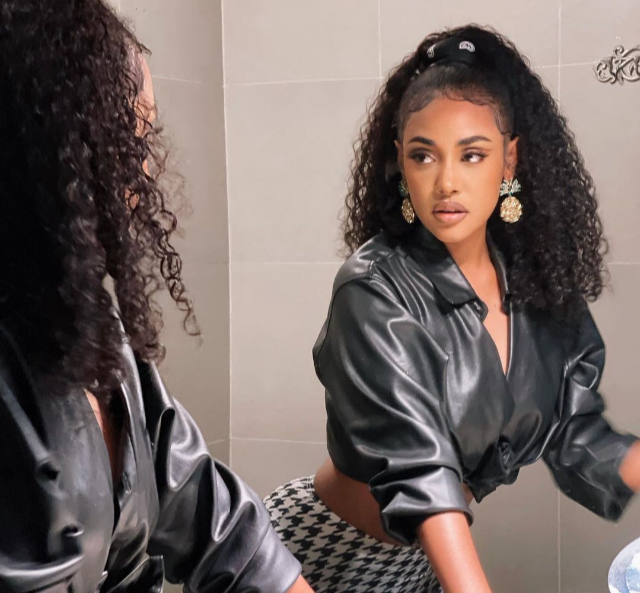 Tanasha Donna says she was advised to pay so as to get an award
Image: Instagram

Kenyan recording and performing artist Tanasha Donna has just revealed that she was once advised to pay so as to win an award hinting that at this point she has had it with music awards.

Taking to her Instagram stories, the mother of one explained that most awards are politically inclined. The singer went ahead to reveal that she was at one time advised to buy awards.

"Imagine I once thought of buying an award some years back ( I was advised to) then thought to myself how am I paying for a trophy as if this trophy is what determines my worth," Tanasha wrote.

She quickly let her fans know that she overpowered the urge to be 'recognized' and have bragging rights for an award that she had not truly won.

"Thank God I changed my mind real quick," said the 28-year-old as she went ahead to advise artists not to fall into the pressure of trying to prove something to other people, " Artists, please don't ever feel the pressure," added Tanasha.

She went ahead to stress that making good music was enough for her adding that she did not need awards to make her feel like she was worthy in the music industry.

Following the revelation in her stories, she went ahead to give her two cents on what she thought about the music industry in the short span of years that she's been immersed in it.

"You don't win based on genuine talent. If it's not you promoting them as per their preference or "payola" (paying for an award) you can forget about it," she revealed hinting that most award ceremonies were corrupt.

Tanasha took the opportunity to appreciate artists who were genuinely doing music for the love of it and not just pushing songs in a bid to be awarded.

She also noted that although it was hard to get awards if you did not play by their rules, there were some award shows that were genuine and recognized artists for their worth and not personal relationships or pockets.

"Shout out to all the genuine award shows who judge merely based on talent. Y'all deserve all the flowers," Tanasha wrote.

The singer is currently in Europe on tour.

Otile Brown: Being nice doesn't get you anywhere

Mike Muchiri was playing around when he created his first video.
Trending
1 month ago

The launch of June Gachui album featured stars like Khaligraph Jones, Blinky Bills and others
Entertainment
2 months ago

The Kenyan film follows the journey of a Kikuyu relic found in a German museum
Trending
4 months ago
WATCH: For the latest videos on entertainment stories