List: Things not to cook in your air fryer 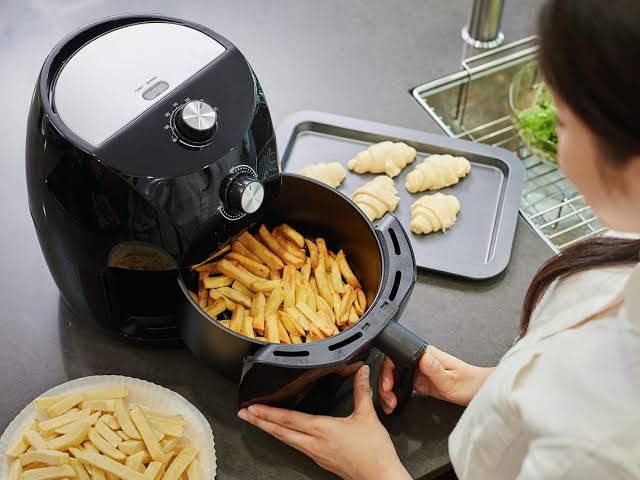 Meals that can go in an air fryer
Image: Courtesy

The air fryer is undoubtedly among the top five kitchen appliances of the decade, seeing as it has taken over everyone's kitchen.

For those who might not be familiar with it, an air fryer is a small countertop oven-like appliance that's designed to stimulate deep frying without the food being submerged in oil.

How you ask, well a fan inside it circulates hot air at very high speeds, whipping away moisture thus producing meals with a crispy, crunchy layer via browning thus a healthier option.

To most, it's an appliance that can cook anything and everything, this might be true but like with everything else it has its limitations.

Below is a list of things you should avoid cooking in your air fryer:

In spite of its name, this device isn't a true fryer.

Unless the meal has been either been, previously battered, pre-fried or frozen, avoid placing wet batters in the air fryer. This is because not only will they not set the way they normally do when placed in hot oil but they'll end up creating a mess in the fryer's basket as the hot air circulates.

Light foods such as leafy greens will cook unevenly due to the high-speed air making them prone to getting burnt as they won't stay put inside the fryer's basket.

However, vegetables such as cauliflower or carrots can be cooked in it since they hold some weight.

Also avoid shielding foods with tinfoil, which is utterly useless in an air fryer because it won’t stay put as well as coating meals with herbs as they'll get blown off your meals plus they have a tendency to burn 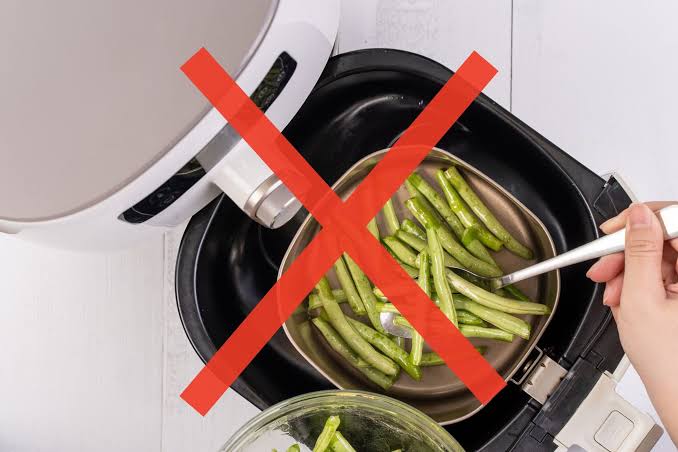 Foods that can't be flipped

Foods need to be flipped halfway through cooking to ensure uniform crispy exteriors on both sides and well-cooked insides.

This is why the air fryer has a beep notification that lets you know when it's time to flip your food or shake the basket (for vegetables.)

If the meal is too large, this means it can't be flipped thus one side will be under-cooked and the other might burn as the air fryer is only effective if the hot air can circulate around the food.

Thickly layered dishes such as pies/pizza present a lot of issues.

Even if you find a dish that’s small enough to allow the hot air to properly circulate around the vessel, the lack of heating element at the base of the fryer means the top will cook faster than the lower layer, thus resulting in a cold, damp bottom and soggy crust.

Note: when air frying baked goods expect the bottom to be a little less done than the top.

By avoiding these meals in your air fryer, you help in prolonging its lifespan and avoiding wastage when it comes to meals.

Some items in the hotel room are complimentary, while others can land you in a whole lot of trouble
Lifestyle
4 months ago

The house help said she and Irene's husband had agreed on not telling Irene that she is not a good cook.
Entertainment
4 months ago
WATCH: For the latest videos on entertainment stories