The Kiss100 entertainer explains his deep connection with the Lang'ata MP 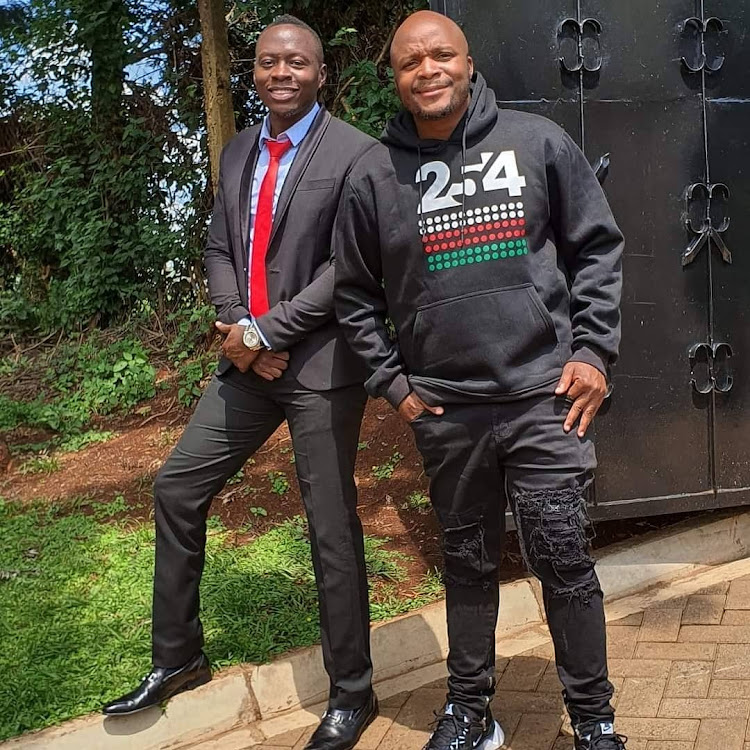 Obinna with Jalang'o in a file photo
Image: Instagram

Oga Obinna, the Kiss 100 co-host, opened up the possibility of entering politics after his close friend and fellow comic Jalang'o won a seat in the National Assembly as a representative of the Lang'ata people.

The humorous man asserts that he has consistently taken the place of Langa'ata MP-elect in all of his endeavours.

"We were speaking with Felo (Jalang’o) yesterday and I was telling him that weird enough, every space he has been to, I have been into it too.

From his house to jobs. Where he used to stay he left me his house. A lot of jobs he has done, he has always given me his clients, and he has also handed over all the way to Kiss 100. So he might hand over Lang’ata too. But time will tell," Obinna stated.

Obinna said that he had intended to run for an MCA seat in the Makongeni district but had abandoned those plans after landing a position at Kiss 100.

“I wanted to run for an MCA seat in Makongeni, where I stayed for a while because I know all of their problems then I got a job. I had to weigh which one is a priority. I said, for me to help the people of Makongeni I have to upgrade myself first, build better networks so that when I run next time or even if I get connections I can help them without even running for office," Obinna explained.

The comedian added that the goal of running for office is always to strive to improve the lives of the constituents you represent.

“The idea of running is to help bring change. If I change the community with NGOs then there is no need to run for office. Right now I am partnering with NGOs for mental wellness. I have been through a lot and I want to get a couple of men to try and help them get well mentally. Men are so broke out here and nobody seems to care,” Obinna said.

A number of Kenyan celebrities entered politics during the 2022 General Election, running for everything from MCA to governor.

Some of the celebrities who were elected to office include the radio personality Jalang'o, Ronald Karauri, DNG, John Kiarie (KJ), and Mohamed Ali.

Felix Oduwour alias Jalang'o is the new Lang'ata MP, something that would have been much harder to do were it not for the support of his lovely wife, ...
Lifestyle
1 month ago