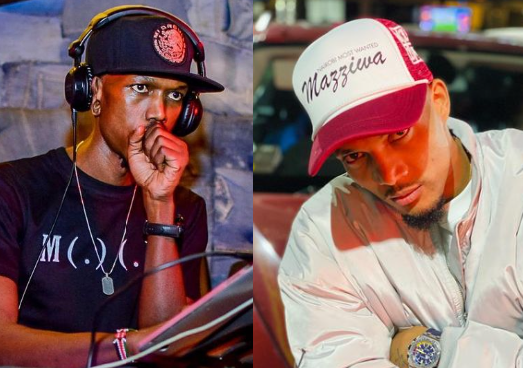 Over the weekend popular entertainer Dj Bash and musician/ entrepreneur Krg the Don got into a heated online  argument over pending payment issue .

Although the two seem to have resolved the payment issue anger is still flying high with both camps still taking shots at each other.

On his insta stories Krg posted a video of him driving and captioned it, " haka ka Range ndio kanafanya watu wanikasirikie ( this Range is what is making people get mad at me? Guys we can do better!!!" Accompanying the video with laughing emojis. 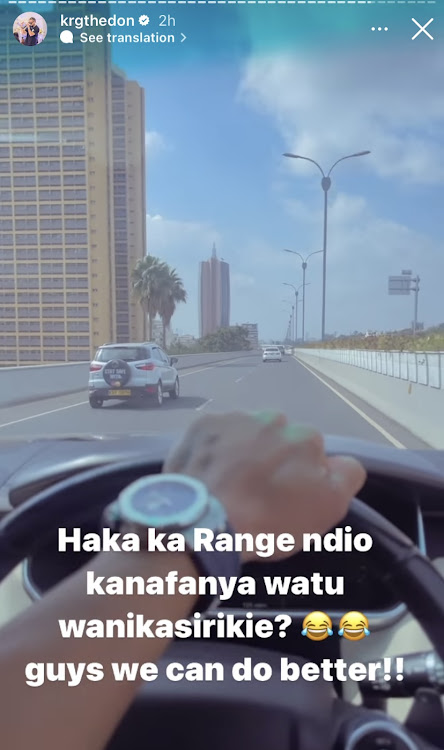 While Bash posted a video highlighting gas lighting in the society and captioned it, " you losing it man, this response TICKS ME OFF especially when they are the ones on the wrong. Bash stop overreacting? Major eye roll."

Well it seems stories do really have happy endings, while after a whole lot of suffering, ranting and crying... but hey better that than nothing right?

Well if you are not up to speed, the drama came after Krg's club alleged delayed Bash's payent of Ksh 80,000.

Bash claimed he had been trying calling and well he was being ignored which infuriated him even more.

Wueh being a creative is a hard job.

The DJ stormed KRG’s club Casavera Lounge located along Ngong Road at 2 am and confronted bouncers, demanding for his payment from the owner.

And it did not end there.

In now deleted posts the DJ went on social media to throw shade at KRG and the management of his club for not paying up.

He wrote, " are you dumb? Because I know that is the only way you find your phone. NKT @casaverlounge. I would rather sleep and not get paid tha work and not get paid. Never book me! NKT"

Bash also shared a screenshot of his conversation with the clubs management where they had asked him to pull down the post.

Part of the text read, " hizi za social media wacha kaka, it is not healthy kindly pull down those posts...'

The text also assured him that he would have his payment by 11.

And just like African tailors, the promise was not delivered which caused Bash to go on another social media rant.

He posted, " Oya @casaveralounge you are not sending? Sawa, let me finish my show I come with my boys we drink and leave without clearing the bill so that you know how it feels when someone does not pay you for the work you have done."

Upon watching the drama that Bash caused when he stormed his club while insulting Krg for posting luxurious cars on social media, KRG got furious and well went on his Instagram Live to address the issue.

He hurled unprintable insults at Bash and claimed his move was so unprofessional.

Speaking to Jalang'o on Kiss Unplugged on Friday, the flamboyant musician and entrepreneur says that he catered for his family and friends' expensive ...
Entertainment
8 months ago
WATCH: For the latest videos on entertainment stories

Speaking to Jalang'o on Kiss Unplugged on Friday, the flamboyant musician and entrepreneur says that he catered for his family and friends' expensive ...
Entertainment
8 months ago