Kenyans play Match Maker for a day on celebrities

Kenyans were given the opportunity to play matchmaker on KISSFM Trends on which celebrities they thought would make a great couple. 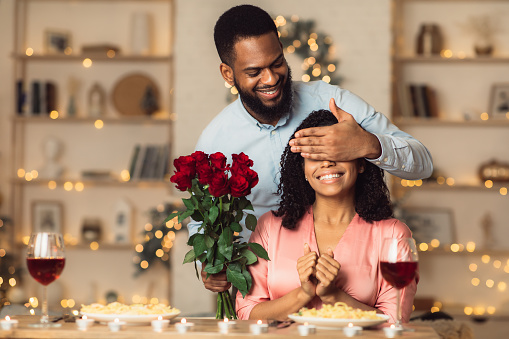 Kenyans on the #KissFmtrends segment were given an opportunity to live out their fantasy as the question 'Which two celebrities do you think would make a great couple' was posed.

Did they leave up to the expectations or did they fall short? be the judge.

He is among the few men in Kenya who cross-dress all in the name of content creation.

Kinuthia who recently turned 21, is fond of dressing like a woman with fashionable wigs and high heels, not forgetting the long manicured nails.

Chimano is no stranger to most, the Sauti Sol's band musician.

During an interview, late last year with 'The Standard,' Chimano confirmed that he was a member of the LGBTQ community.

The 'Freshi Barida' artist is a Kenyan rapper, musician, and songwriter.

He is famed for his songs that center around social issues that affect the daily societal living.

Shakila on the other hand became popular after an Instagram live show with the popular Kenyan blogger Xtian Della.

She gained a lot of controversies after she claimed that she has been in bed with more than 30 celebrities who are allegedly Kenyan celebrities.

Both are celebrated content creators with a large following behind their trails.

The Kenyan actress and the mix master.

The two have not been vocal about their relational status and probably why one Kenyan thought why not?

The proposed couple had a lot of votes on their corner.

Controversy has to be both their second names.

King Kalala's fans refer to her as the female version of Andrew Kibe.

The two have worked on a breakfast show together and their energy/chemistry was one to be rated highly.

Kamene and Obinna have also shared winsome photos hanging out together even in the recent past.

Other suggestions were on Mulamwa and Nadia and Dennis Karuri.

Celebrities have send messages on mother's day
Entertainment
6 months ago

When the gospel DJ got wind of that he reminded the curvaceous presenter that the two are not related and she shouldn't friend-zone him.
Entertainment
11 months ago

Kinuthia glowed in a beautiful and elegant dress
Trending
5 months ago
WATCH: For the latest videos on entertainment stories