Jalang'o's ex-worker finally reveals why he stole from him 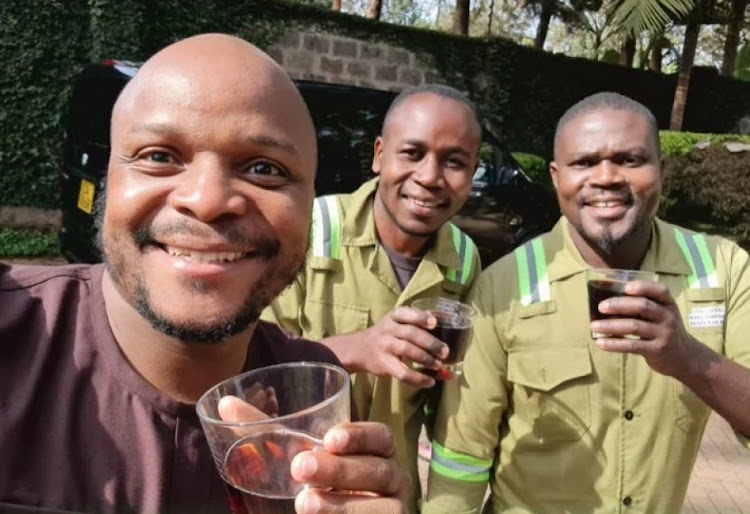 Jalang'o with his ex workers One of the Lang'ata MP's workers has revealed why they stole
Image: Instagram

Eli Omundu has finally admitted to robbing Jalang'o, the new MP for Lang'ata, and their former boss, of Sh 1 million.

Eli claimed that they never intended to steal from their old boss during an interview with Mungai Eve, attributing the incident to Satan.

“It is true, the devil took control of us for a moment and we wronged our boss, we had showed up to work and as we washed our boss’ cars my younger brother (Litiema) came across Sh1 million which he told me about but I told him to keep off. Litiema sped off leaving me forcing me to also leave,” Eli said.

He continued by saying that they split the money in half, with each of them receiving Sh500,000. However, he later gave Jalang'o his share of the money.

Eli gave Jalas the cashback in person, but he had already spent at least Sh100,000.

Eli also claimed that he is having financial difficulties supporting his wife and children, which is why his marriage is also in trouble.

“I am struggling a lot, that’s why you see me in the village cultivating land for people. I have sold all the trees in my compound.

“My kids have not even gone to schools since relocating from Nairobi. My wife also heard the news and at first, she did not believe it. My marriage is on the rocks and my wife might leave me anytime out of the foolish things we did," he narrated.

Even though they had been finding more money in the vehicles, Eli Omundu continued, he was unable to explain this specific incident.

He said that they were coerced into giving up after Jalang'o made the incident public by publishing their pictures on his social media accounts.

“When we heard our boss had shared our pictures, we knew our lives were in danger because we could have maybe come across a mob that would have pounced on us, we resorted to surrender to keep our lives safe,” Eli stated.⁣

Jalang'o has decided to come clean on his future plans since his historic win by becoming the Lang'ata MP-elect.
Entertainment
5 months ago

However, Jalang’o set his records straight saying that he will never clout chase adding that he didn’t have such intentions when he made the story ...
Entertainment
7 months ago
WATCH: For the latest videos on entertainment stories