The Capitol Music Group cut ties with the A.I rapper 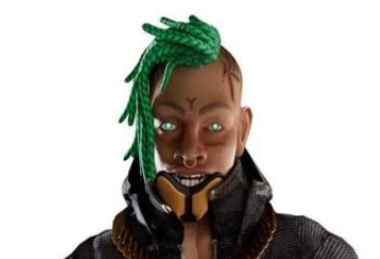 FNMeka is no longer an artist at Capitol Records.

The record label released a statement stating that they no longer have the virtual rapper as an artist on their label due to the mixed reactions they got on the internet.

"CMG (Capitol Music Group) has severed ties with FNMeka project, effective immediately. We offer our deepest apology to the black community for our insensitivity in signing this project without asking enough questions about equity and the creative process behind it. We thank those who have reached out to us with constructive feedback in the past couple of days your impact was invaluable as we decided to end our association with the project."

The organization Industry blackout called out the innovation of the virtual rapper which they were not impressed with.

The experience was short-lived as the virtual rapper was announced to be signed on the record label just recently.

The Capitol Executive Vice president of Experimental marketing and business development stated that the FNMeka is the new thing in the industry. The robot meets the intersection of music, technology, and gaming.

When the co-founder Anthony Martini of Factory New label was asked what they intend to do in the future, he said that the voice used at the moment was human; as time goes by they intend to have collaborations with computers.

It seems the signing of virtual artists is the new thing as other record labels have been doing it for years now.

Netizens did not take this very well as they complained about how there is an artist with real talent who is not given a chance to be on a record label.

The virtual being sparked up different reactions from different people as others were not surprised by the news due to the evolution of technology and therefore they saw it coming.

Stevo Simple Boy has hinted that he might be ready to get married to Jenny Wangui, the new woman he flashed
Trending
1 month ago

Playboi Carti recently changed his music style to a more rock and metal flow, with rap intertwined into it
Trending
1 month ago